Dark Intercept by Andrews & Wilson is the first release set in their explosive The Shepherds series.

Be sure to pick up your copy, and then keep scrolling to learn how you could win a softcover of Dark Intercept, a signed bookplate with both authors’ signatures, and an exclusive Shepherds patch. 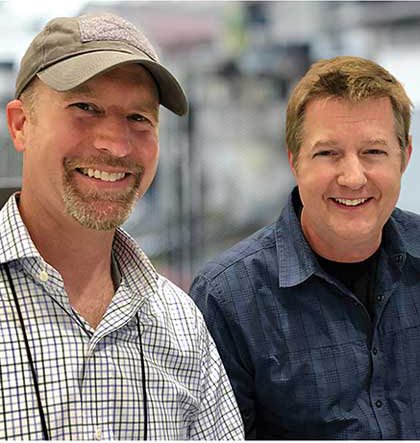 Fill out the form below for your chance to win the following Dark Intercept Prize Pack:

THREE lucky winners will be contact via email at the end of March 2022. 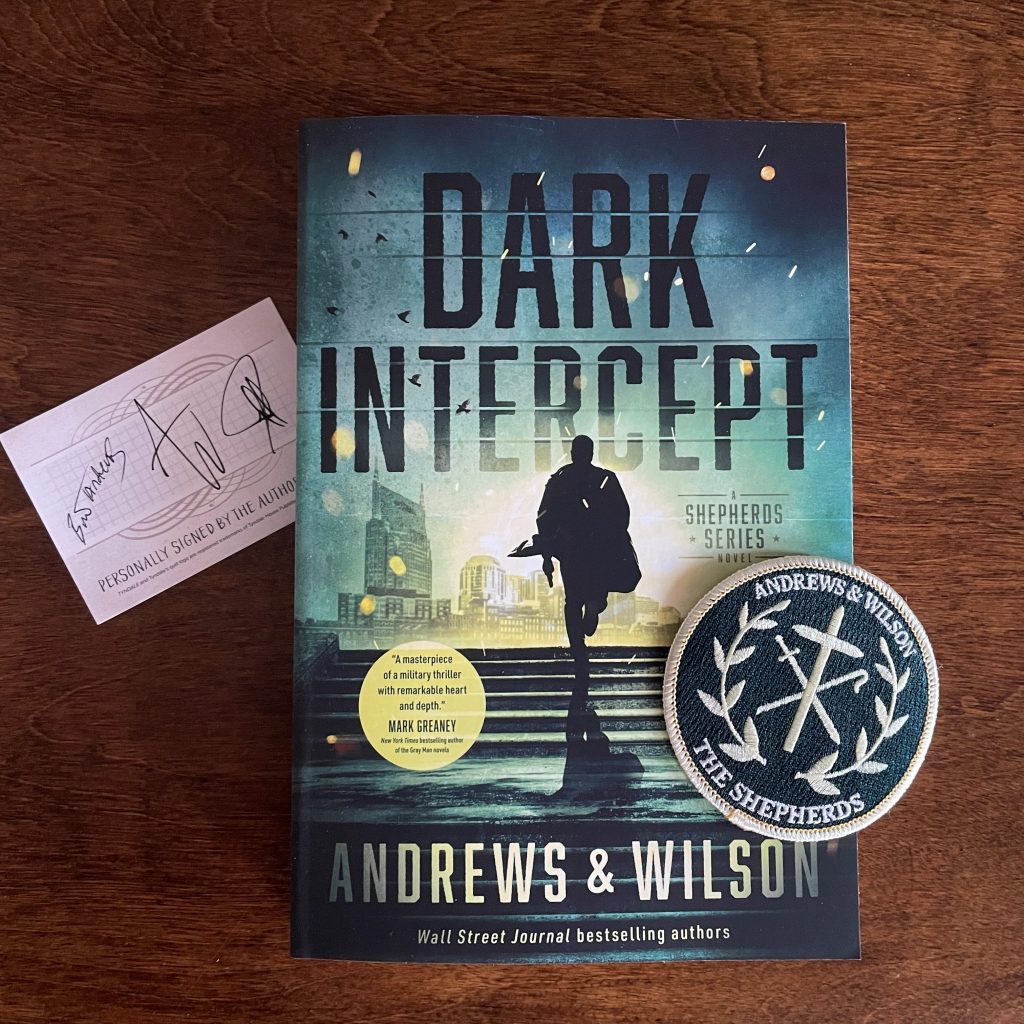 Get Andrews and Wilson's latest release, Dark Intercept out now on Amazon. 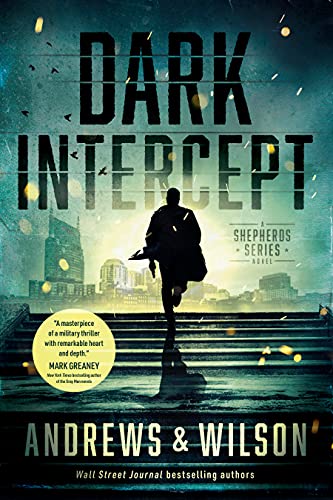 When dark forces rise, are faith and firepower enough?
On the eve of his medical retirement, Navy SEAL Jedidiah Johnson receives a frantic call from his estranged childhood best friend David Yarnell. David’s daughter has been kidnapped off the streets of Nashville in broad daylight. The police have no suspects and no leads. The only clue: the body of a dead priest left behind at the scene. With the clock ticking, David is growing desperate, as is his wife, Rachel . . . Jed’s first love.

Despite his painful history with David and Rachel, Jed agrees to help. But he’s spent his career as a door-kicking Navy SEAL, not an investigator. His presence immediately draws unwanted attention, creates friction with the local police, and triggers a mysterious attempt on his life. Just when he thinks things can’t get worse, it starts to happen again―the voices in his head, the nightmares, the visions. Dark memories and strange abilities, things he believed he’d left behind when he fled Nashville for the Navy at eighteen, begin to resurface.

Jed realizes that to save the missing girl, he must take a leap of faith and embrace the gifts he’s denied for all these years. To foil this dark intercept, he’ll need more than just his years as a SEAL operator, because he has no choice now but to take up arms and join the battle in the unseen spiritual warfare raging all around him. And there is far more at stake than just a missing girl: the world is not the place he thought it was―and he is not alone.

Follow the military heroes of The Shepherds series as they bring the power of light into the dark mystery of Sara Beth’s abduction.