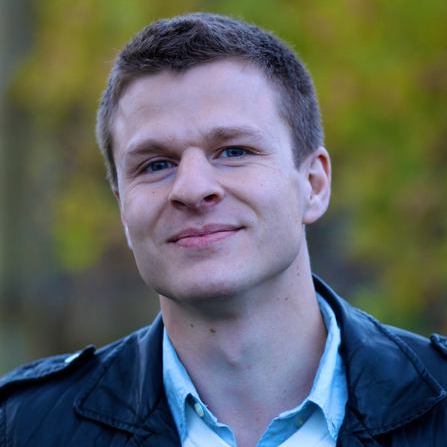 Anthony J. Melchiorri grew up in a central Illinois town called Normal. Since then he has done his best to venture beyond the normal. He has eaten tarantulas in Cambodia, rode horses with gauchos in the Andes Mountains, explored abandoned KGB prisons in Estonia, and meditated in ancient temples with Buddhist monks in Japan and Thailand.

Many of Anthony's books are inspired by a mixture of his travels and his background as a research scientist. While he earned a BA in English at the University of Iowa, he also completed a BSE in Biomedical Engineering. His career led him to the University of Maryland.

There he graduated with a PhD in Bioengineering before running a research laboratory that specializes in 3D printing artificial organs and tissues. He has developed materials to 3D print blood vessels and cartilage, invented devices to extract bone samples from patients, and created cellular therapies to help heal wounds.

Anthony currently calls Houston, Texas home with his wife and an untamable, growing collection of books.

Melchiorri: Back when I was working on my PhD in bioengineering at the University of Maryland, I met another graduate student who studied aerobiology. I had never heard of the field. She told me about a specific aerobiological phenomenon related to deserts like the Sahara. Basically, dust kicked up from deserts all around the world have a habit of sending microbes, viruses, fungal spores, and microscopic stuff, good and bad, across the globe. Our ecosystems are a lot more connected than they seem. For instance, the dust from the Sahara travels across the Atlantic to feed the Amazon rain forest.

Not long after I learned about this (and immediately dug up a bunch of research papers on the topic), I read Biohazard by Ken Alibek. The book documents the nasty background of the USSR's Biopreparat program of engineering frightening chemical and biological weapons.

This combination of science, politics, and the potential for international conflict, plus a few bits of scientific research that aren't well known, sparked the ideas that led to Biostorm.

Melchiorri: I'm often inspired by the places I travel. Sometimes places I've loved visiting (and their history) just fit perfectly into a plot. Other times the settings become almost like characters themselves. So for Biostorm, I started in a city that impressed me the first time I stepped into it, rife with complex history and a perfect spot to start a story filled with international intrigue: Istanbul. As the story evolved, I drew on my experiences in Vietnam, the Baltic states, and other countries that fit neatly into Vector's globe-trotting mission to track down a bioweapon and its cure.

Melchiorri: I just came off finishing another book in James Rollins' Sigma Force series, which I absolutely love. His mixture of action, science, and history always keep me reading. That style really inspired my interest in thrillers and helped shape Biostorm.

Now, I'm tearing through Andy Weir's Project Hail Mary, just like any other good sci-fi reader. I love Andy's characters and, of course, the science. Obviously, I've got a bit of a theme going in the types of books I like to read and write...

Melchiorri: In September of 2021, the second book, Demon Mind, comes out. Again, I blended some frightening and fun science I was lucky enough to be tangentially involved in during my own research studies in nanotechnology. Demon Mind takes Alex Wolfe and Skylar Cruz on a breakneck race for answers through the cities and deserts of Jordan before hopping around Europe and the Mediterranean.

I'm also putting the final touches on the third book in the series. While I was finishing up the first draft, Scientific American came out with a foreboding and coincidentally well-timed cover story about deadly pathogenic fungi, which have the potential to cause, in their words, "the next deadly plague." That might tell you a little something about what's going to be in book three.

Melchiorri: As soon as I wrap up the third book in the Vector series, I'll be planning a fourth. In addition, I'm launching a new sci-fi series (Deadmen's War) where elite mech operators who have to kill huge alien monsters end up having to pilot those very alien monsters against an unexpected enemy. I know it sounds crazy, but like with any of my books, I tried to stick in some believable science and fun sci-fi action. 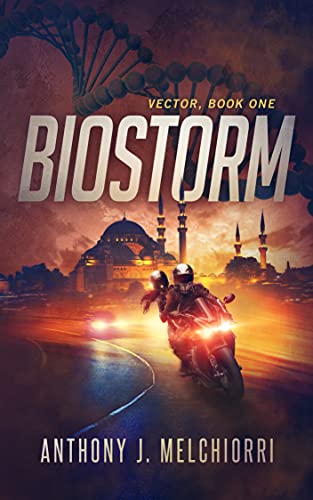 Alex Wolfe is an elite agent with the CIA. He has a proven track record of stopping international bioweapons programs. Skylar Cruz is a skilled Marine whose battlefield injury sidelined her from serving her country. When they’re recruited for a brand-new covert op group, Vector, combating biological and chemical weapons threats, their first mission had better be a success. Because it’s not just their careers at stake. It’s all of humanity.

Wolfe and Cruz embark on a deadly race against bands of mercenaries and diabolical government forces through the bustling markets of Istanbul to crime-infested Russian port cities and Vietnamese jungles hiding forgotten conspiracies. Only they can stop a rampant airborne bioweapon unlike any the world has ever seen.

Danger is in the air. Literally.

Biostorm is the first book in the Vector series, where high-octane action and suspense collide with real science and technology.