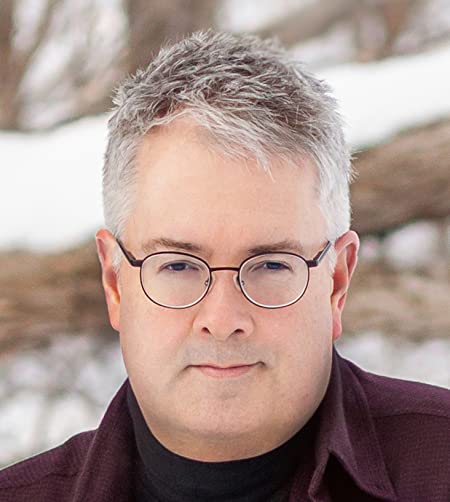 Author biography: Brian Freeman is a New York Times and Amazon Charts bestselling author of more than two dozen psychological thrillers, including the Jonathan Stride and Frost Easton series. His books have been sold in 46 countries and 23 languages. He is widely acclaimed for his "you are there" settings and his complex, engaging characters and twist-filled plots. Brian was also selected as the official author to continue Robert Ludlum's Jason Bourne series, and his novel THE BOURNE EVOLUTION was named by Kirkus as one of the best mysteries and thrillers of 2020.Brian's stand-alone thriller SPILLED BLOOD won the award for Best Hardcover Novel in the annual Thriller Awards given out by the International Thriller Writers organization, and his fifth novel THE BURYING PLACE was a finalist for the same award. His novel THE DEEP, DEEP SNOW was a finalist for the Edgar Award for Best Paperback Original in 2021.His debut thriller, IMMORAL, won the Macavity Award for Best First Novel and was a finalist for the Edgar, Dagger, Anthony, and Barry Awards. IMMORAL was named an International Book of the Month, a distinction shared with authors such as Harlan Coben and Lisa Unger.All of Brian's books are also available in audiobook editions. His novels THE BONE HOUSE and SEASON OF FEAR were both finalists for Best Audiobook of the Year in Thriller/Suspense.For more information on Brian's books, visit his web site at bfreemanbooks.com

Freeman: A couple of years ago, I wrote a mystery novel called THE DEEP, DEEP SNOW. It was told in first person by a young sheriff’s deputy named Shelby Lake, who was abandoned as a baby and never knew the truth about her mother. We had an amazing run with that book – Edgar Award finalist, New York Times bestseller – and when it came time to write a follow-up novel, I decided to do something different. Instead of going forward in time, I went backward – to give readers the story of how Shelby came to life. That’s THE URSULINA.

So this novel is told by another young deputy named Rebecca Colder, who is at a dark crossroads in her life. As she confronts a crisis in her marriage, she also confronts a series of murders inspired by the legend of a Bigfoot-like creature haunting the woods of Black Wolf County…a creature known as the Ursulina. Rebecca must expose the truth behind these murders, but the truth leads her to the most excruciating choice a person can make. This book and this heroine are both very special to me. I don’t think you’ll ever forget them.

TFx: What was the hardest scene to write in this book?

Freeman: Definitely the last chapter. It’s hard to write when tears are streaming down your face! I like to write thrillers that are not only filled with twists, but also have an emotional core. Both of these novels – THE URSULINA and THE DEEP, DEEP SNOW – will tug at your heartstrings.

Freeman: I like to give readers a “you are there” feel with my settings. I want you to feel as if you’ve dropped down into every scene and you can hear, touch, taste, feel, and smell it happening all around you. Because I’m a Midwestern boy, I love the drama of Midwestern settings – the remoteness, the deep dark forests, the dirt roads, the extreme bitter weather. So even though “Black Wolf County” in THE URSULINA is fictional, readers should feel as if they’re really walking down the streets of these small towns and hunting for evidence through the snow.

Freeman: Among my Midwestern novels is a series focused on a Duluth, Minnesota, police detective named Jonathan Stride. Readers have followed Stride through ten novels – from IMMORAL through my most recent, FUNERAL FOR A FRIEND. Stride is very much a Minnesota hero – the kind of detective who has known a lot of loss, but who tucks his chin against the wind and keeps moving on. The Stride novels are all mysteries, and I always love to save one last twist to make your jaw drop in the last chapter!

So I’m very excited to be releasing the eleventh Stride novel, THE ZERO NIGHT, from Blackstone later this year on November 1. And as if that doesn’t keep me busy enough, I’ve also taken over Robert Ludlum’s famous Jason Bourne series, and my third Bourne novel, THE BOURNE SACRIFICE, comes out this summer.

TFx: Had you always wanted to be a writer?

Freeman: Yes, writing novels has been my dream since I was a boy. I can remember sitting in 6th grade class working on my first mystery novel! I had a wonderful 8th grade Composition teacher who recognized my love of writing and really encouraged me. When my first novel finally came out in 2005, I was able to track her down and invite her to my very first book signing – and thank her for setting me on my course in life.

So I’m truly blessed and grateful to make my living writing books. It’s a real honor. And I love giving readers twist-filled stories and unforgettable characters. That’s what it’s all about.

Get Freeman's latest release, The Ursulina, out now on Amazon. 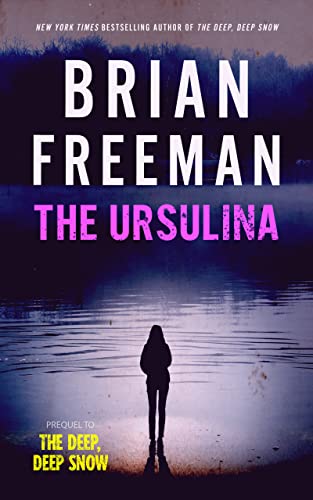 In this gripping prequel to his Edgar Award finalist and New York Times bestseller The Deep, Deep Snow, Brian Freeman takes us on Rebecca’s dark journey to reveal the truth about the Ursulina … a journey that ultimately leads to an excruciating choice that will change her life forever.

But to Deputy Rebecca Colder, the beast is no myth. A serial killer has taken on the identity of the monster -- and with each body left behind, there’s a chilling message written in blood: I am the Ursulina.