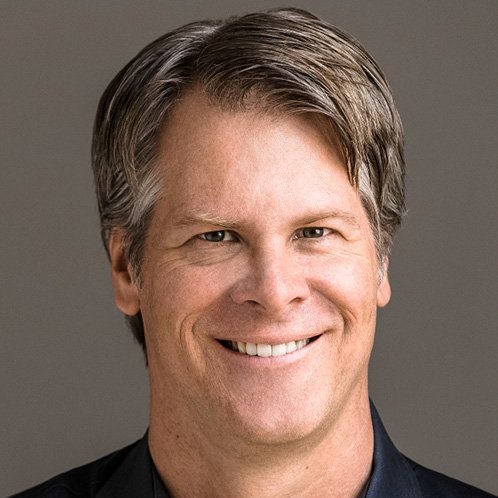 Brian Nelson was born and raised in Ohio and is a graduate of Miami University. After a brief stint as a Systems Engineer for General Motors he set off for the University of Arizona to study Creative Writing. After graduation, he spent two years in Venezuela as a Fulbright Scholar and (eventually) turned his research into the critically acclaimed book, The Silence and the Scorpion, a “clocked” account of the 2002 uprising against Hugo Chávez. The book was named one of “The Best Books of the Year” by The Economist and was considered by The New York Times as “the most thorough investigation of the April 11th massacre and the subsequent coup.”

Today we're excited to talk with Brian about his newest release, Five Tribes.

Nelson: Five Tribes—in fact, the entire Course of Empire Trilogy—was inspired by my long fascination with Tom Clancy and Michael Crichton novels. I’ve always loved Clancy’s attention to detail and Crichton’s use of real science to show what could become reality. So the series is a realistic look inside the US military as it develops and deploys the next generation of weapons by merging A.I., genetic engineering, and nanotechnology.

The story begins with a secret mission to rescue a man from a Chinese labor camp in Africa. This connects to some interesting geopolitics, namely China’s resource harvesting efforts in the developing world—these big labor camps that cut timber and mine for precious metals and drill for oil in order to fuel China’s economic growth. But what the Chinese don’t realize is that one of their prisoners is the husband of a Chinese scientist who has defected to the US. And the Americans want him back.

So the technology that was created in the first book in the series, The Last Sword Maker, has now been applied to all sorts of things like body armor, aircraft design, infantry weapons, and even biohacking—sending nanosites into a person’s body to manipulate them. As a result, the mission to Africa is also a test-run of some of these new inventions.

Of course, not everything goes as planned (because what fun would that be?), and what the US had hoped would be a simple mission turns out to be a major nightmare with implications for the whole globe.

TFx: Why did you choose Africa for you setting?

Nelson: One of the biggest motivations for putting a big chunk of the action in Africa is that my protagonist, Eric Hill, needed a bit of comeuppance in this book, and the failed mission in Namibia and his subsequent abandonment, force him to confront himself and his problems. For example, he’s a military scientist and all his life he’s believed in the power of technology and its ability to improve the world. But through his experiences in Africa, that belief gets turned on its head and he begins to see that the opposite is true: the evolution of technology is what is destroying the natural world and he has to face the truth that—as a scientist—he’s complicit in that destruction.

Also, by switching back and forth between the storyline in Namibia and the storyline in the United States I was able to create some interesting contrasts. In DC, Admiral Curtiss, the head of the weapons project, is having trouble keeping control of the new technology as different groups—both inside and outside the military—try to get their hands on it. First there’s Riona Finley, a Unabomber-style eco-terrorist. She wants to steal the new technology, but no one is sure what for. Does she want to use it to reverse climate change or does she want to make a weapon of mass destruction? Then there is General Chip Walden who wants to make an ultra-smart AI system so he can track just about anyone on the planet in the name of “keeping us safe.” Lastly, there is Olivia Rosario, who has a daughter who is dying from a rare genetic disease. She’s out to steal the technology to save her daughter’s life.

So throughout the book you see different perspectives on how we should (or shouldn’t) use and develop this technology, including the perspective of Eric Hill and the Khoe-san people he meets in Namibia, which is essentially a group without technology.

TFx: An impressive amount of research went into this book. What was the biggest surprise you had along the way?

Nelson: Yes, I admit I go a little overboard sometimes. Initially, I thought the scenes in Africa would just be a few chapters. But I got hooked on African history and the Khoe-San culture, which is absolutely fascinating. This is a culture that’s hardly changed for 200,000 years. That’s a staggering number, especially when most people consider “civilization” as something that began about 6,000 years ago. What’s more, the way they live is the way that we all used to live, so it poses these fascinating questions about how humans were “designed.”

Nelson: I tend to work through four or five books simultaneously. I would say that my nightstand is a mess, but it’s actually a six-feet of splatter zone around my nightstand that’s littered with books.

Nelson: I’m working on the last installment in this series. Not to give too much away, but I’m developing a very interesting twist on the world coming to an end. Well, not quite ending. I’m interested in the idea of the cycle starting over. What would our world look like if most our technology was taken away? Everything from satellites, to roads, to weapons? What kind of people would survive and thrive in that new world?

Get Nelson's latest release, Five Tribes out now on Amazon. 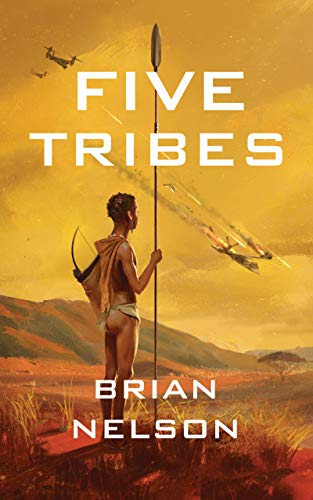 The year is 2026. The US military has a new weapon in its arsenal: an intelligent life-form so versatile that it can not only create a new generation of weapons but can become a weapon itself—entering a host’s body to manipulate (or kill) them. Admiral James Curtiss is tasked with deploying the new weapons, first in Cuba, then Venezuela, then China. But the news of the military’s breakthrough has gotten out and there are menacing forces trying to steal it.

What’s more, a single man has somehow harnessed the new power and has become something more than human—godlike and seemingly indestructible. He is known only as the Inventor, and he has a warning for humanity: abandon the new technology or the human race will face extinction. It’s a countdown to doomsday. But humanity’s final fate may be decided in the most unlikely of places: among the primitive tribes of the Kalahari Desert where a top secret military mission has just taken an unexpected turn.

Get Nelson's latest release, The Last Sword Maker out now on Amazon. 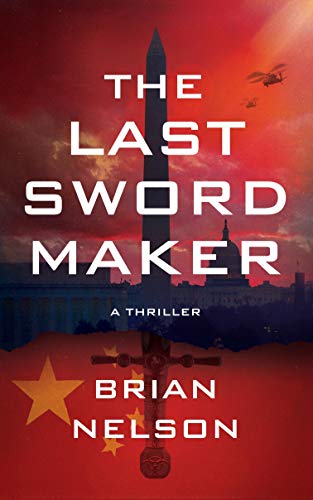 In the high mountains of Tibet, rumors are spreading. People whisper of an outbreak, of thousands of dead, of bodies pushed into mass graves. It is some strange new disease … a disease, they say, that can kill in minutes.

The Chinese government says the rumors aren’t true, but no one is allowed in or out of Tibet.

At the Pentagon, Admiral James Curtiss is called to an emergency meeting. Satellite images prove that a massive genocide is underway, and an American spy has made a startling discovery. This is no disease. It’s a weapons test. Chinese scientists have developed a way to kill based on a person’s genetic traits. But that is only the tip of the iceberg. The success of their new weapon proves that the Chinese are nearing “Replication”—a revolutionary breakthrough that will tip the global balance of power and change the way wars are waged.

Now the US must scramble to catch up before it is too late. Admiral Curtiss gathers the nation’s top scientists, including a promising young graduate student named Eric Hill who just might hold the missing piece to the replication puzzle. Soon Hill and his colleague Jane Hunter are caught up in a deadly game of sabotage as the two nations strive to be the first to reach the coveted goal. But in their headlong race, they create something unexpected … something the world has never seen and something more powerful than they had ever imagined.

The Last Sword Maker is an exciting globe-trotting thriller with unforgettable characters that depicts a haunting vision of the future of warfare.

Previous Post Lt. Joe Kenda on Motives vs. Triggers Next Post Spring into April with These Upcoming Thriller Releases