Talking Thrillers with Author Dana Stabenow: Spoils of the Dead 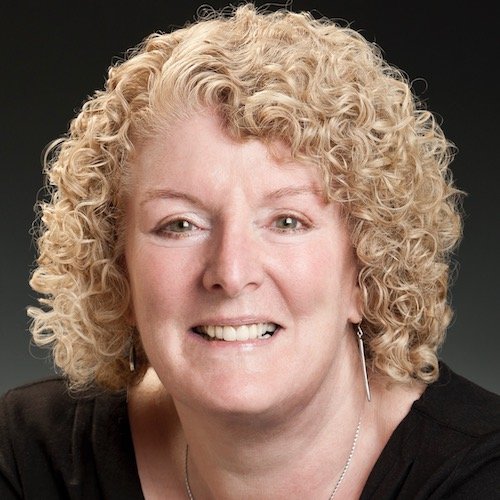 Dana Stabenow was born in Anchorage and raised on 75-foot fish tender in the Gulf of Alaska. She knew there was a warmer, drier job out there somewhere and found it in writing.

Her first science fiction novel, Second Star, sank without a trace (but has since been resurrected as an e-book), her first crime fiction novel, A Cold Day for Murder, won an Edgar award, her first thriller, Blindfold Game, hit the New York Times bestseller list. The Land Beyond, the final third of her historical trilogy about Marco Polo's granddaughter, Silk and Song, was published in October 2015. At present she is at work on the 21st Kate Shugak novel.

TFx: Where did you come up with the idea for Spoils of the Dead?

Stabenow: I read a book by a local archeologist that included a description of some Alaska Native artifacts found in a cave. Alaska is one of the main characters in the Kate and Liam books. Piggyback that we are primarily a resource extraction state—we pull stuff out of the ground and we pull stuff out of the water—and the potential for historical, geographical, environmental, and archeological impact inevitably goes hand in hand with resource extraction. And then I remembered the tame environmentalists in the North Slope oil fields from when I worked there, basically yes men to make industry look good, so why not a tame archeologist hired to do the same? Et voilà. More or less.

TFx: What can you tell us about the book's setting in Alaska?

Stabenow: It’s very loosely based on Kachemak Bay, where I’ve lived most of my life. It’s hard to find a bad view in Alaska but the Kachemak does set the bar pretty high. It has a diverse geography, geology, history, and population, so plenty of fodder for fiction. I’ve stayed away from it for 22 Kate Shugak novels and 4 Liam Campbell novels, but I’ll be 69 this year and it felt like now or never.

Stabenow: The headlines of the Anchorage Daily News. The cops-and-courts sections of local newspapers. The Alaska state trooper dispatch website. A lot of Alaskan old farts starting with my dad and all his friends, although I’m getting close enough to old fart status myself now that I better be careful just how cranky I write ‘em. Any pilot or cop I meet. Anyone I meet with a story to tell.

Stabenow: Forged, the latest Alex Verus novel by Benedict Jacka, the eleventh novel in an excellent urban fantasy series set in London with great characters who actually grow and change. Absence of Mercy by S.M. Goodwin, first in a series set in 1857 New York City in all its filthy, tumultuous pre-Civil War glory.

The Other Madisons by Betty Kearse, about James Madison’s slave family, a poignant and painfully informative family narrative by one of the descendants. Still Life, the sixth novel in Val McDermid’s Karen Pirie series with a solid plot and a terrific suspect interrogation at the end.

Let the People Pick the President, Jesse Wegman’s book about the electoral college that should be required reading for every American citizen. Some allegedly literary fiction written for shock value and clickbait with no likable characters that will sell a kazillion copies, be adapted into an Oscar-nominated film, and be forced on a captive population of high school lit classes for decades to come. ’Twas ever thus.

TFx: What’s next for the Liam Campbell series?

Stabenow: Spoils of the Dead is a reset novel, coming off the end of the crossover Kate Shugak novel, Restless in the Grave, where I channeled my inner sadist so far as Liam and Wy were concerned. In Spoils, alongside the main plot I planted some seeds for future novels, which sprouts will include bent cops, the drug epidemic in Alaska and its cost to family and community, the gruesome murder of a right-wing politician, and the agonizing convulsions of a state trying to wean itself from an economy based on federal funding and fossil fuels and all the fallout therefrom. (Alliteration is my life.) Some of those may end up in a Kate Shugak novel. I make no promises.

Stabenow: The second novel in my Eye of Isis series, Disappearance of a Scribe. The first was Death of an Eye (2018). They are set in Alexandria in the time of Cleopatra and feature the queen’s very own private investigator, Tetisheri, the aforementioned Eye. Real people from the time make appearances, like, yes, Cleopatra and Caesar and I just wrote a great scene (modestly I say it) with Vitruvius, of De Architectura fame. I am loving the hell out of writing these books and I’m going straight into the third, Theft of an Idol, when I finish Scribe.

Get Stabenow's latest release, Spoils of the Dead, out now on Amazon. 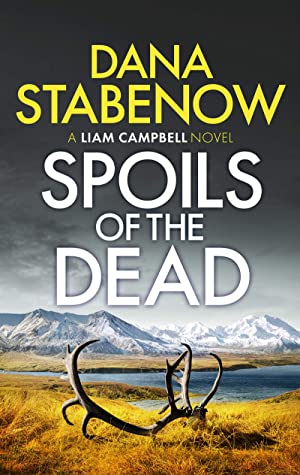 Newenham is an ice-bound bush town with a six-bed jail, a busted ATM and a saloon that does double-duty as a courtroom. It's a wide-enough patch to warrant a state police presence, though, and Trooper Liam Campbell is it.

Campbell has been exiled from Anchorage to Newenham in disgrace, busted down from sergeant to trooper in the aftermath of a mistake that cost a family of five their lives, to spend some time in the wilderness. Campbell didn't expect the job to be simple and it hasn't.

From the (literally) cutthroat business of commercial fishing, to the paranoid misanthropy of the back-country prospector, to drug dealers, serial killers, and caches of forgotten war gold, he has had his hands full. Now he has a dead archaeologist, murdered at their own dig site, who claimed to be on the verge of a momentous discovery.

Fans of the icy frontier, of mystery tinged with a frisson of romance, of laconic lawmen with good intentions, of tai chi and small aircraft piloting take note: Liam Campbell is for you.