Talking Thrillers with Author Eric Rickstad: I Am Not Who You Think I Am 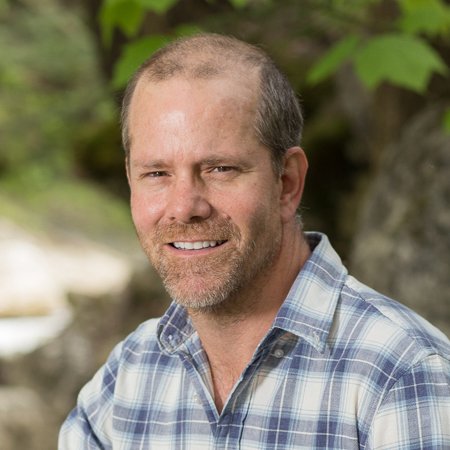 Eric Rickstad is the New York Times, USA Today, and international bestselling author of the Canaan Crime Series novels, which includes THE NAMES OF DEAD GIRLS, THE SILENT GIRLS, and LIE IN WAIT. These dark, psychological page-turners with a dash of the Gothic are set in remote, northern Vermont, and have been heralded as masterful, disturbing, profound and heartbreaking. Rickstad's first novel, REAP, was a New York Times Noteworthy Novel.

Rickstad lives in Vermont with his wife, son, and daughter, and writes all his first drafts with a pencil in notebooks, often outside in the Vermont woods.

I AM NOT WHO YOU THINK I AM is his latest novel published by Blackstone Publishing.

Rickstad: There were a few ideas that inspired the book.

1) I always wanted to write a highly suspenseful, gothic-tinged, but heartfelt psychological thriller that was a tragedy, full of mystery and wonder, libraries and books and words. The main character Wayland Maynard, sees what he believes is his father ending his own life, this and the note he finds and hides reads I AM NOT WHO YOU THINK I AM— triggers Wayland's investigation into what happened, what it and the note mean. I had a friend who experienced a similar trauma that was kept secret for decades, and led to a life of criminal behavior, and his eventual death while being pursued by the police after an armed bank robbery he committed. No one outside his immediate family knew until after his death of the secret he'd harbored that traumatized him so much. I always wanted to write something about that. SO, that was the set up for this novel, what happens to a young boy who witnesses such an event and never gets any help for it?

2) There is an estate in the town where I grew up, much like the one in the novel. One night, a barn and a house burned to the ground. We lived close enough that my sisters and I walked out in the pitch dark, in our pajamas to watch the fire. That image of fire in the black night was also something I always wanted to use. SO, that was the end of the novel. I knew whatever trauma Wayland suffered would lead to this mansion burning. I just had to write the 250 pages between the beginning and the end!

3) There are always books and authors that inspire, and for this one there were a few. Carlos Ruiz Zafon's THE SHADOW OF THE WIND. I loved the gothic feel of that novel, the young boy, the writing style, libraries and books. That inspired me.

Also, I wanted to write a psychological thriller/tragedy, not just a thriller where, despite the trials the characters. undergo, everything essentially "works out." I was not interested in that this time around. So, I sought out old favorite books, such as Dennis Lehane's MYSTIC RIVER and SHUTTER ISLAND. Both of these are tremendously dark but also very humane and empathetic toward their characters' plight. You feel for them so strongly and you desperately want things to work out, knowing it's very very unlikely. And even if things don't resolve in a "happy" ending they resolve in a satisfying ending, one that is earned, and, in the end, feels inevitable. Tragic. So, I tried to write a book that had both the fateful sense of tragedy of books like MYSTIC RIVER AND the psychological thriller elements of SHUTTER ISLAND.

I love Shirley Jackson and Donna Tartt's novels, the gothic feel of them, the slow burn, the atmosphere and writing. They both lived and wrote their most famous books ten minutes from where I live. I drive by Jackson's house regularly. Jackson wrote THE LOTTERY, THE HAUNTING OF HILL HOUSE, HANGSAMAN (inspired by a mountain I can see from my window) and many others, and Tartt wrote THE SECRET HISTORY, which is set right in the area where I lived. So, that combination of both their books and their living so close by, kept me inspired.  writing style. That influenced me.

Rickstad: The setting is an entirely fictitious version of my hometown. I grew up across the road from a huge sweeping lakeside estate, owned by a very prominent family. There were massive, cliffside mansions and sweeping fields, and it was all set off from the rest of town on the most valuable and exclusive land for miles. The family was nothing like the family in the novel, but the estate and its buildings itself has a very Gothic and mysterious feel to it. The town itself is a small town and I used to haunt its woods and the library and walk the railroad tracks a lot like the character Wayland does. I always wanted to use this setting, and have it set in the 1980s, when I grew up. So, this is the novel that used this particular setting.

Rickstad: Right now I am reading THE SPY WHO CAME IN FROM THE COLD. Its precision of language and character is astounding.

For nonfiction, I just finished Robert MacFarlane's UNDER LAND which is mesmerizing and wonderful, as well as 2020 THE BEST AMERICAN SCIENCE AND NATURE WRITING

Recent novels I enjoyed tremendously, HELL OF A BOOK by Jason Mott, Viet Than NGuyen' THE COMMITTED, Richard Chizmar's CHASING THE BOOGEYMAN, HOW BEAUTIFUL WE WERE, by Imbolo Mbue. John Lanchester's short story Collection, REALITY and OTHER STORIES. Each of these books is its own world, singularly wrought.

Rickstad: I plan to get back to my Canaan Crime series one day, but right now I am enjoying writing novels that are a departure.

Rickstad: I finished a book about an FBI agent forced to work with a mysterious man who claims to be a remote viewer—able to see events and people remotely with his mind—to investigate the strange, seemingly unconnected murders of families across the U.S. Along the way it subverts the entire criminal profiling field. It's MINDHUNTER ( a favorite series, bring it back for season 3!) in modern times, turned inside out. It's unlike any "serial killer' novel date.

I've also finished a collection of short stories. Currently I am at work on a novel about a woman who has had enough.

Get Rickstad's latest release, I Am Not Who You Think I Am out now on Amazon. 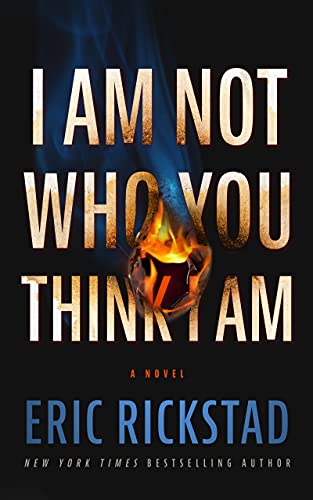 Wayland Maynard is just eight years old when he sees his father kill himself, finds a note that reads I am not who you think I am, and is left reeling with grief and shock. Who was his father if not the loving man Wayland knew? Terrified, Wayland keeps the note a secret, but his reasons for being afraid are just beginning.

Eight years later, Wayland makes a shocking discovery and becomes certain the note is the key to unlocking a past his mother and others in his town want to keep buried.

With the help of two friends, Wayland searches for the truth. Together they uncover strange messages scribbled in his father’s old books, a sinister history behind the town’s most powerful family, and a bizarre tragedy possibly linked to Wayland’s birth.

Each revelation raises more questions and deepens Wayland’s suspicions of everyone around him. Soon, he’ll regret he ever found the note, trusted his friends, or believed in such a thing as the truth.

I Am Not Who You Think I Am is an ingenious, addictive, and shattering tale of grief, obsession, and fate as eight words lead to lifetimes of ruin.