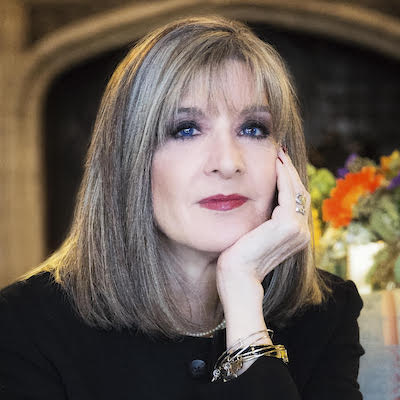 Hank Phillippi Ryan is the USA Today bestselling author of 13 thrillers, winning the most prestigious awards in the genre: five Agathas, four Anthonys, and the coveted Mary Higgins Clark Award. She is also on-air investigative reporter for Boston’s WHDH-TV, with 37 EMMYs and dozens more journalism honors. Book critics call her “a master of suspense,” “a superb and gifted storyteller,” and she’s the only author to have won the Agatha in four different categories: Best First, Best Novel, Best Short Story and Best Non-Fiction.

Her 2019 standalone, The Murder List, won the Anthony Award for Best Novel. International bestseller A.J. Finn says, “exciting, explosive, relentless,” and the Library Journal starred review calls it “A must-read.”  Hank’s 2020 novel is the chilling  standalone The First to Lie,  nominated for both the prestigious Anthony Award for Best Novel and Mary Higgins Clark Award.   The Publishers Weekly starred review called it  “Stellar," and bestseller Sarah Pekkanen said “Book clubs will gobble it up.”

And TODAY is the launch day for Hank's brand new psychological thriller,  HER PERFECT LIFE, which Mystery Scene Magazine calls "A powerhouse of a novel."    It received starred reviews from Kirkus and Publishers Weekly, which raved: “A superlative thriller. This is a fast-paced, surprise-packed treat.”

TFx: What can you tell us about the plot of Her Perfect Life?

Ryan: Well, in five words? Sisters. Betrayal. Guilt. Fame. Revenge. In five phrases? A respected and celebrated TV reporter with a deadly secret. A missing college student. An anonymous news source. A clandestine weekend in Aspen. And a child’s little pink suitcase, one that is surprisingly empty.

It stars Lily Atwood, a beloved and successful television reporter. Everyone knows Lily, and that--may be her problem. Lily has fame, fortune, Emmys, and an adorable daughter – – but she also has one big dark secret. But how do you keep a secret when the spotlight is always on you? Lily is about to find out that the spotlight is the most dangerous place of all.

Bottom line: two smart women facing off in a high stakes psychological cat and mouse game to prove their truth about a devastating childhood betrayal. But which one is the cat, and which one is the mouse?

TFx: Where did you come up with the idea for this book?

Ryan: Years ago I was the weekend anchor at the CBS affiliate in Atlanta. One night I got home, after midnight, after anchoring the news, to find my house surrounded by police cars. I was terrified, of course, because it looked like, after all these years of covering crime, it looked like my own house was the crime scene.

Turns out, the police had caught a burglar. And the bad guy had told police that he had broken into my house because he knew I was live on television, from the studio on Peachtree Street. And as a result, he knew that I was not home. And that was disturbing and terrifying. Since he knew where I was--and of course he could have seen me live on the air – – he also knew where I wasn’t. And that terrifying dark side of the spotlight has haunted me ever since. And that is where the story came from. I called on that reality, and those fears, for the character of Lily Atwood.

TFx: You’re an Emmy with award-winning investigative reporter – – do you ever feel the fear the spotlight?

Ryan: I have wired myself with hidden cameras, confronted corrupt politicians, chased down criminals, and gone undercover and in disguise. I have also been yelled at, pushed down, threatened, stopped, and followed home. Do I live my reporter life in fear? No, that would be destructive. (and I am in awe of my foreign correspondent colleagues--those people face constant danger.) But the knowledge that people recognize me – – for better or for worse – – gives me a unique insight into this story. And also--all those Emmys I've won represent secrets that someone didn't want me to tell, right? And though the resulting stories changed law and changed lives, and did a lot of good, they also made some enemies for me. And that is unavoidable.

TFx: If someone is new to your books, what other authors novels can you compare your books to?

Ryan: Wow, that is so difficult! But A wonderful pal once told me to write the kind of books you love to read – – and as a result, that passion would come through in your writing. So I love Lisa Jewell, and Liv Constantine, Shari Lapena, Louise Candlish, Lisa Unger, Heather Gudenkauf, Kate White, Clare Mackintosh. All so stellar!

TFx: And what new authors can you recommend?

Ryan: I love talking about debut authors--it is incredibly exciting to discover a wonderful new author. Don’t miss My Sweet Girl by Amanda Jayatissa, Never Saw Me Coming by Vera Kurian, In My Dreams I Hold a Knife by Ashley Winstead, Do I Know You? by Sarah Strohmeyer, Her Name is Knight by Yasmin Angoe, The Last Commandment by Scott Shepherd, and All Her Little Secrets by Wanda Morris. Such terrific books!

TFx: Are you working on a new book?

Ryan: Of course! I am hard at work on my next novel, and about…halfway finished. The working title is…well, I better wait on that. But I’m also working on celebrating the launch of HER PERFECT LIFE! With a star from Kirkus and a star from Publishers Weekly, and Mystery Scene Magazine calling it "A powerhouse of a novel!" I am absolutely thrilled.

Get Ryan's latest release, Her Perfect Life out now on Amazon. 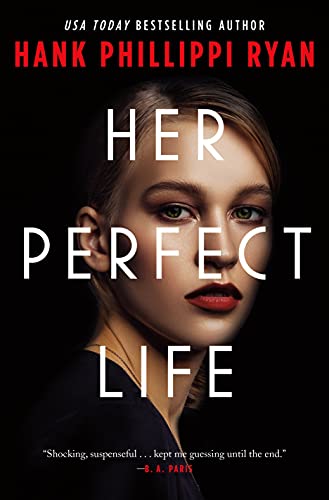 Everyone knows Lily Atwood―and that may be her biggest problem. The beloved television reporter has it all―fame, fortune, Emmys, an adorable seven-year-old daughter, and the hashtag her loving fans created: #PerfectLily. To keep it, all she has to do is protect one life-changing secret.

Lily has an anonymous source who feeds her story tips―but suddenly, the source begins telling Lily inside information about her own life. How does he―or she―know the truth?

Lily understands that no one reveals a secret unless they have a reason. Now she's terrified someone is determined to destroy her world―and with it, everyone and everything she holds dear.

How much will she risk to keep her perfect life? And what if the spotlight is the most dangerous place of all?

Previous Post Talking Thrillers with Andrews & Wilson: Dark Intercept Next Post Back to School Thrillers to add to your (e)Bookshelf