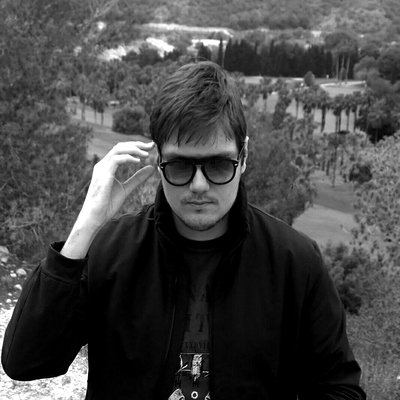 After turning down a diplomatic career, he began writing fast-paced international thrillers full of action, adventure, espionage, and a dose of Russian history.

His debut novel, The Russian Renaissance, won the Grandmaster Award from the Clive Cussler Society.

He has traveled across Asia, Europe, Russia and the U.S., and is currently busy working on his next thriller in the Sokolov series.

Kharitonov: If you enjoy action and adventure thrillers by Clive Cussler or Steve Berry, you will love the Sokolov series. Russia is a riddle wrapped in a mystery inside an enigma, as Churchill famously said.

Can you crack it? Perhaps there is a key... So jump aboard and let me take you on a wild ride.

The Sokolov thrillers are best described as Jason Bourne meets Gorky Park. The main protagonists are two brothers who take on a deadly regime which has taken over the Kremlin. Only they can stop a mad Russian President hellbent on wreaking havoc in the Western world.
The latest release, Czar of England, deals with a conspiracy to restore monarchy in present-day Russia---an audacious plot with the global balance of power at stake...

TFx: How did you choose the settings?

Kharitonov: A new Cold War is upon us, and a lot of authors are now having to deal with Russia for their stories ... So I believe I’ve hit the trend while also delivering authenticity, and avoiding tired tropes. To understand Russia, you must understand her history. Its hidden secrets are the driving force behind my stories.

What mysteries are revealed in the diaries of Stalin’s henchman? Where did the fabled Amber Room vanish to? Who could become Russia’s new Czar? Let’s find out together.

I try to blend historical facts with crisp fiction in modern settings, offering a unique perspective. Like the rest of my books, Czar of England is an international adventure that blazes across Europe. Think Frederick Forsyth on steroids.

Kharitonov: I read a ton of non-fiction for research. But as for thrillers, I’m always looking forward to new releases from Daniel Silva, Brad Thor, Mark Greaney, and Steven Konkoly. These fantastic authors write the type of books I love, and they’ve always inspired me.

Kharitonov: After the success of Book 1, The Russian Renaissance, the Sokolov series has come a long way. I’m currently working on the seventh title, The Prometheus Key. It’s going to be my most ambitious project yet, packed with thrills, history, action, and current events ripped from the headlines. You won’t want to miss it, but until then ... grab the first six books at bargain prices right now and have fun!

Get Kharitonov's latest release, Czar of England out now on Amazon. 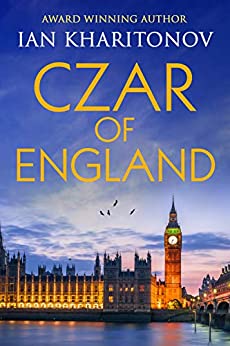 The Kremlin believes it’s real…
…and that makes them dangerous.

How will the brothers stop the madness? Rumors surface of something called Project Jutland. Is there an outsider vying for the top role? It didn’t make sense, but President Frolov isn’t taking any chances and it has Constantine and Eugene worried. Prominent political and business leaders are being killed.

What does this sadistic madman truly want? With their war chest full of gold, they have the resources to fight, but this time they’re caught between two powerful enemies willing to do anything to rule Russia. What’s their play?

The future looks bleak. Could this spiral out of control and lead to war? You’ll love thriller, because the plots, secrets, and twists keep the adrenaline pumping until the last page is done.

Previous Post Talking Thrillers with Author Erik Therme: If She Dies Next Post Lt. Joe Kenda on Motives vs. Triggers