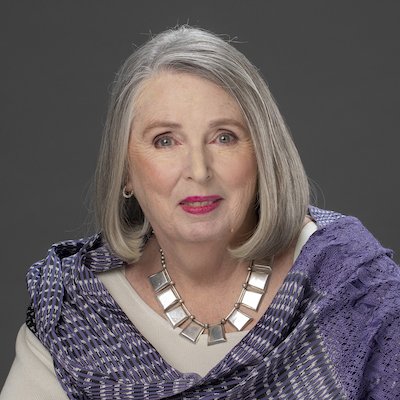 Former award winning radio journalist, poet and teacher, Jane Rosenthal lived for over a decade on a horse and cattle ranch in the Sierra mountains of California about 3500 feet above the Central Valley where her novel Del Rio is set and where she finally fulfilled her dream of being a western cowgirl.

Now having relocated to Santa Fe, New Mexico, she lives in an area called in the native Tewa language ‘where the heart water meets the canyon’. From there she can be found exploring the many cultural offerings her state is famous for — Ghost Ranch, the Taos Pueblo, the Santuario at Chimayo, the ancestral cliff dwellings of Bandelier, or just relaxing in the hot springs of Ojo Caliente where the early conquistadors were said to have taken the waters.

She loves wandering around the beautiful Santa Fe Plaza and discovering stunning examples of Native American art in the many old shops that surround it. On Friday nights, she takes the gallery walk up Canyon Road and is always inspired by the exciting artists’ exhibits. She and her husband often end up at their favorite place, the historic watering hole, El Farol.

Rosenthal: I remember exactly where I came up with the beginning of the plot for the book, although I didn’t know it at the time. I was driving back from a town called Visalia, the county seat of Tulare County in California’s Central Valley. It was a windy day, bright and sunny, almost too bright as California can seem sometimes, especially in the valley. As I left the town proper and headed into the vast sea of orange groves, I saw a young farmworker on my right, walking down a dirt road, dust blowing all around.

He was reading a letter and needed both hands to hold onto the pages in the wind. As writers do, I imagined a whole story about the letter, why it was important, how homesick he might be, and so on. I watched as he went into the orange groves and seemed almost swallowed up by trees. I found myself thinking that you could go into those groves and never come out.

I mentioned that to a friend who’d grown up in the valley and said something like,” Wow, you could get murdered in there and they’d never find you.” To which she just shrugged and said, ”Happens all the time. Gangs, cartel, you know.” That was sort of the germ of one of the crimes that occurs in the book. I used to pour over local newspapers to see if my friend was just exaggerating, and sure enough, bodies were often discovered in those groves.

Rosenthal: When my husband and I retired and bought our ranch in the Sierras, I intended to write a mystery series set in several different areas of Mexico, a place where I have lived and to which I travel often.

Each novel would give a sense of the different Mexicos, as it were, from artsy, sophisticated Mexico City in my first book Palace of the Blue Butterfly to the coastal ambience of Mexico’s west coast that you see in Del Rio. I wrote part of the novel in our condo in Puerto Vallarta, but one day back in the states, I was standing in a very long line at the bank---it was a Saturday, payday for farmworkers--- and I realized I was the only English speaker in the line.

It hit me suddenly that I where I lived in the Central Valley was practically the west coast of Mexico. Right then and there, the first line of the novel came to me: Fletcher wanted me to meet him at the Starlight Lounge, an old roadhouse set on a bluff above the San Joaquin River a few miles south of town. After I deposited my checks at the bank, I hopped in my car, drove up the mountain, charged into my office and literally wrote the first chapter. I just followed my characters wherever they led me after that, which turned out to be a pretty, wild and dangerous journey.

Rosenthal: I was just thinking about the things that have gotten me through this pandemic. They are: cosmos (Ina Garten’s recipe) served in iced martini glasses, the Italian TV series ‘Detective Montalbano’ based on the wonderful detective novels of Sicilian writer Andrea Camilleri (Ah, to be on the coast of Sicily again…sigh), and the historical WW2 espionage novels set in Berlin by the British writer David Downing. I’m very much looking forward to beginning Downing’s WW1 series, and I’m starting with Jack of Spies, which is set in England in an era when spying was considered ungentlemanly. It looks full of intriguing characters.

Rosenthal: I’m continuing with the idea of writing mysteries set in different locations in Mexico. The novel that I am writing now takes place in and around Merida, Mexico. The setting (well, one of them, at least) is a run-down henequen plantation in the jungle outside of Merida. Merida has a Caribbean, international, French feel, very different from the west coast of Mexico or Mexico City for that matter. Consequently, the characters, the people who gravitate to the Yucatan are different, as are the crimes they commit. Stay tuned for some thrilling armchair travel!

Get Rosenthal's latest release, Del Rio out now on Amazon. 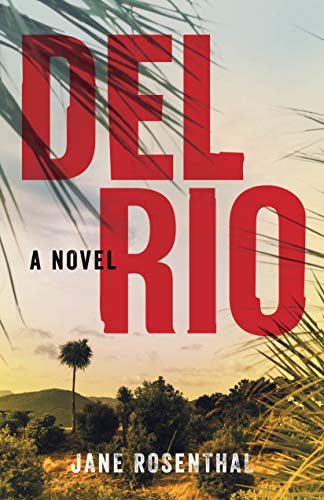 Del Rio, California, a once-thriving Central Valley farm town, is now filled with run-down Dollar Stores, llanterias, carnicerias, and shabby mini-marts that sell one-way bus tickets straight to Tijuana on the Flecha Amarilla line. It’s a place you drive through with windows up and doors locked, especially at night—a place the locals call Cartel Country. While it’s no longer the California of postcards, for local District Attorney Callie McCall, her dying hometown is the perfect place to launch a political career and try to make a difference.

But when the dismembered body of a migrant teen is found in one of Del Rio’s surrounding citrus groves, Callie faces a career make-or-break case that takes her on a dangerous journey down the violent west coast of Mexico, to a tropical paradise hiding a terrible secret, and finally back home again, where her determination to find the killer pits her against the wealthiest, most politically connected, most ruthless farming family in California: her own.