They came together as equally accomplished writers in their own rights, to join forces on an end-of-the-world thriller with a sci-fi twist, that's already a hit with readers.

Today we chat with this writer team about what's next in the series, what they're currently reading and loving, and where they found inspiration for such an out-of-this-world thriller. 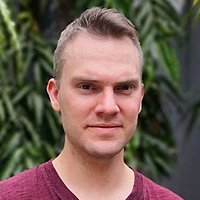 Jasper Scott Author biography: Jasper Scott is a USA Today bestselling author of more than 20 sci-fi novels. With over a million books sold, Jasper's work has been translated into various languages and published around the world.Jasper writes fast-paced books with unexpected twists and flawed characters. He was born and raised in Canada by South African parents, with a British heritage on his mother's side and German on his father's. He now lives in an exotic locale with his wife, their two kids, and two chihuahuas. 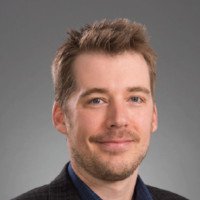 Nathan Hystad Author biography: Nathan Hystad is the best-selling author of The Event. He writes about alien invasion, first contact, colonization, and everything else he devoured growing up. He's had hundreds of thousands of copies sold and read, and loves the fact he's been able to reach so many amazing readers with his stories.Nathan's written over twenty novels, including The Survivors, Baldwin's Legacy, and The Resistance. He's also done mystery/thrillers with Red Creek, Return to Red Creek, and Lights Over Cloud Lake.

Hystad: Jasper and I wanted to do something that would resonate with a wide range of readers, and once we decided the type of story we were going to tell, the rest quickly fell into place. We both love thrillers and science fiction, and thought what better backdrop to write one in than during the culmination of catastrophic events around the globe. The book focuses on Andrew Miller, an Ex-Marine who is searching for his missing daughter in the midst of the current crisis. Special Agent Kendra Baker picks up the case when she realizes there are hundreds of similar reports coming from the west coast. It’s a story of redemption, perseverance, and hope while the world is literally going to pieces around the characters.

Scott: Way to steal all the words right out of my keyboard. That’s exactly what happened. We did a video call and hashed out the plot and rough span of the series, where we wanted to go with it, etc. It was actually really easy to come up with once we got to talking about it.

TFx: How did you choose the setting?

Hystad: The west coast is gorgeous. I’ve been lucky enough to visit California a few times, and could really picture all of the events taking place in that State. The story moves around the coast, from San Diego to northern California, taking our characters on a wild ride the entire time.

Scott: I also love the west coast, though I haven’t been there as recently as I would like. I got on my computer and used Google Earth and street view to fill in the blanks in my memory. It was a lot of fun! For near future books, I love cruising around in street view. I like to use real houses and locations, so a lot of the time descriptions are based on actual settings. Zillow is another great source. You can actually get a look inside people’s houses like that. Creepy, but great fuel for descriptive writing. So you might want to think twice before you put down the ugly carpet, because it could end up in one of my books.

Scott: I’m reading the Enigma Cube by Douglas Richards and CyberSpace by Matthew Mather. I’m a sucker for a good technothriller.

Hystad: I tend to read a few different genres, but right now I’m reading a book called Every Single Secret by Emily Carpenter. I really enjoy the mystery of an unreliable narrator, and have used the same writing style in The Manuscript, and Lights Over Cloud Lake. I’ve also started The Three Body Problem by Cixin Liu, and it has me very intrigued.

Scott: It’s a three book series, so Colony is next, and then comes Escape. We’ve already written all three, which the best part. Now all we’re doing is handling the launch and marketing. I think there could be a 4th book, but that’s not to say we didn’t tie everything up with these three. It’s a great series with a fantastic ending. People are going to want to read them again!

Scott: I’m writing Fractured Earth, which is book three of the Ascension Wars series. The series starts out with First Encounter, which is like Alien (the movie). Then comes Occupied Earth, which is what it sounds like—aliens have occupied Earth. It’s a realistic version of zombies but with some really unique elements thrown in. Fractured Earth is basically what happens after a zombie apocalypse in that setting. Oh, and I’m also plotting my next standalone book, which is going to be a near-future technothriller. That one will be published at the end of the year.

Get Scott and Hytad's latest release, Final Days, out now on Amazon.

The countdown to the end of the world has begun.

A mysterious convergence of natural disasters threatens to destroy life as we know it, and people across the United States are going missing. With no one left to investigate, Special Agent Kendra Baker takes the case, trying to solve the disappearances before she’s out of time.

Among those abducted is Valeria Miller, the daughter of ex-Marine Corporal Andrew Miller, and he’ll stop at nothing to find her.

With the help of an unstable conspiracy theorist, they find themselves on the trail of a reclusive billionaire who just might have all the answers.

As the natural catastrophes escalate and the evacuations commence, it becomes a race against the clock to find the abductees before it’s too late.