Talking Thrillers with Author Matthew Mather: Out of Time 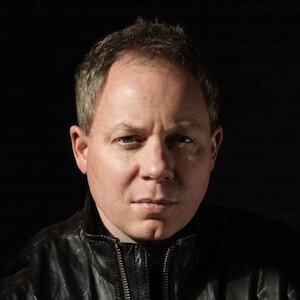 Author biography: Matthew Mather's books have sold millions of copies, been translated and published in over 24 countries, and optioned for multiple movie and television contracts including NETFLIX developing his second novel CyberStorm for film release.

He began his career at the McGill Center for Intelligent Machines before  starting high-tech ventures in everything from nanotechnology to electronic health records, weather prediction systems to genomics, even an award-winning brain-training video game. He now works as a full-time author of speculative fiction.

Matthew: The Delta Devlin series is a mash-up of detective thriller with sci-fi adventure--and in this third installment, I decided to tackle an idea for time travel that I'd been working on for years. I've always had issues with time travel scenarios presented in many novels and films, and this book tackles some realistic concepts about how information might travel backwards and forwards in time, based on models from current physics--with the kicker being that this information influences a case that Delta Devlin is working on, and the physicist behind it becomes the prime suspect in a string of murders. I won't spoil the plot more than that, but it's a lot of fun.

Matthew: I've always believed that escapist fiction should provide exactly that--an escape from the everyday. This book starts in the bowels of the world's largest machine in Switzerland, in a giant particle accelerator, and quickly moves to the rooftop gardens of the Marina Bay Sands hotel in Singapore and then to Paris and back to Washington, DC, and New York City. I wrote this during the deep depths of the first wave of the pandemic, and dreaming of far away places and travel gave me an escape, and I hope everyone who reads it gets the same feeling!

Matthew: Accurate research is incredibly important to me as a writer of science fiction and detective novels. I come from a research background in my previous working life, at the McGill Center for Intelligent Machines, and I've carried that through all the work I've done on my novels. I take the time to talk to experts, to research the topics, and even to hire people to help me sketch out the background and make sure it's realistic. So even though this is a novel involving a form of time travel, it's well researched and plausible based on current physics, and even points a few good natured jabs at the flaws in other time travel scenarios you might have read before.

Matthew: The Delta Devlin series has been a very personal one for me. Delta experiences many of life's challenges as I have, with friends, family getting ill, work and relationships, all at the same time as trying to advance her career as a detective. She grows through the series, both as a professional and in her personal life as she begins her own family--at the same time as I have begun my own. So her life is mirroring mine, and I get to weave in my own personal challenges together with each new sci-fi thriller topic, it's a lot of fun. Next installment we're going to see Delta beginning a family as her career begins to mature.

TFx: What is the significance of the title?

Matthew: Every thriller needs to chase its main character up a tree, and then set that tree on fire, before throwing figurative (or literal) bombs at them. That's the way I construct all my novels, and in Out of Time the main character, Delta Devlin, is embodying and experiencing the title in a literal way. She begins getting messages out of time, and as her case begins to run out of it as well, her own personal life comes crashing down around her. It's an all out assault that comes to a chilling but satisfying conclusion as Delta tries to wave her way through all this. It's about as perfect a title as I've ever come up with.

Get Matthew's latest release, Out of Time, out now on Amazon. 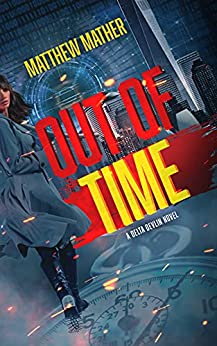 Newly promoted Marshal Devlin must stop a ruthless conspiracy that stretches across the globe—and even across the decades into the future.

Critical components of the Large Hadron Collider, the world’s most powerful supercollider and largest machine ever built, have been stolen, and Delta Devlin is brought in by Interpol to investigate.

At the same time, a dead body appears washed up on the shores of the East River in Delta’s hometown of New York City—one with very similar injuries to those left by the serial killer she caught to start her career.

As events in the present collide in a tangle of secrets and lies, Delta cannot trust anyone—even her family and loved ones—as her own future and past weave together in a mind-bending web that only she can unravel to stop an apocalyptic disaster from unfolding.

Previous Post The Best Thrillers of July-September 2021 Next Post Talking Thrillers with Author Willow Rose: So We Lie