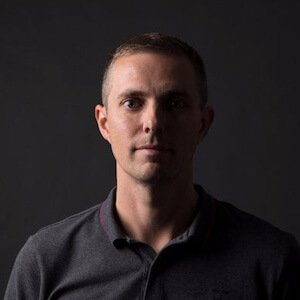 Rob specialised in forensic fraud investigations at a global accounting firm for thirteen years. He began writing in 2009 following a promise to his wife, an avid reader, that he could pen an 'unputdownable' thriller.

Since then, Rob has sold over a million copies of his critically acclaimed and bestselling thrillers in the Enemy, James Ryker and Sleeper series. His work has received widespread critical acclaim, with many reviewers and readers likening Rob's work to authors at the very top of the genre, including Lee Child and Vince Flynn. Originally from the North East of England, Rob has lived and worked in a number of fast paced cities, including New York, and is now settled in the West Midlands with his wife and young sons.

Sinclair: I’d previously written five books with the character James Ryker (starting with The Red Cobra), and the series had performed really well commercially, but I felt I was starting to go down a bit of a rabbit hole with the character, and wanted to take him in a slightly different direction. To do this, I decided to reboot the series, hence Renegade and Assassins are part of the ‘Ryker Returns’ series which will appeal to both readers of the original books, but also to newcomers to Ryker.

The main purpose of the reboot was to breath new life into a character who I love to write about - and who my readers are always asking for more of! The reboot series really lets me take the reins off Ryker, and move away from his past.

When people ask how I come up with plots, it’s very hard to explain in a way that actually explains the book I ended up with! The thing is, virtually all of my books are born out of a very simple idea. For Renegade, this was the idea of a heist. I’ve always been fascinated by heist thrillers, both in books and on the screen, and I’ve long wanted to include one in my plots. I had an idea for a heist at an ultra modern, ultra secure mansion of a billionaire. A heist that goes wrong, and where it’s not clear why the billionaire was targeted, or what the would be thieves were trying to steal.

In Renegade that heist is told in the aftermath, and as a subplot, as the search for answers goes on. The heist subplot is intertwined with Ryker’s story. Formerly an intelligence agent for a secretive organisation, he’s now a freelancer, but still struggling to come to terms with his life, and the burden he feels of being tied to his dark past. When a seemingly simple surveillance mission goes wrong, he’s forced to make a tough choice: toe the line of his employers, or go his own way. Ryker, being Ryker, takes the latter option, with big, and perhaps unexpected consequences.

As for Assassins, let’s just say Ryker might finally have met his match when he’s pitted against a ruthless female assassin - one of the favourite characters I’ve ever written, even if she is the antagonist!

Sinclair: I always try to give the Ryker books an international feel. I just think that it makes the books more appealing, more exciting. Renegade is mostly centred in England, France, Germany with both city and rural locations. Assassins is even more global from Qatar, to Spain, to Czech Republic, to Dubai among the many locations. In the past I’ve done a fair bit of travelling (both for business and leisure), and I do try wherever I can to pick locations that I’m familiar with. It’s not always possible but it definitely does add an extra dimension to how you’re able to describe the places, and how you can make them feel.

For any other locations I rely on internet research, but I always aim to try and bring something particular out for the location to make it unique - e.g. right at the start of Assassins Ryker is walking through a square in Prague, and not only is the square real, and the buildings I describe are real, but I try to tie all that in to Ryker himself. How do the surroundings affect him, his mood, his outlook?

Sinclair: I’ve been writing so much lately I really haven’t read much at all. This year I have four new releases in total, so in between writing and planning for release of those, plus everything else life throws at me, I don’t get much time for reading, and these days I often struggle to properly get into a book.

That said, the best books I’ve read recently are some of the Alex Ryder thriller books by Anthony Horowitz. Technically they’re aimed at young adults, but my eldest son - who’s now 10 - started reading them a year or so ago, and he was so impressed with them that he’s encouraged most of the family to give them a go too! Now we’re all big fans!

Sinclair: There’s a lot of life left in James Ryker still, as I think readers will see when they’ve got through Renegade and Assassins. I’m in the process of finessing the third book in the series (Outsider), which is slated for release in early December. I’m also nearing completion on the first draft of the fourth book in the series, and I’m sure by the end of the year there’ll be another in the works too.

Get Sinclair's latest release, Assassins out now on Amazon. 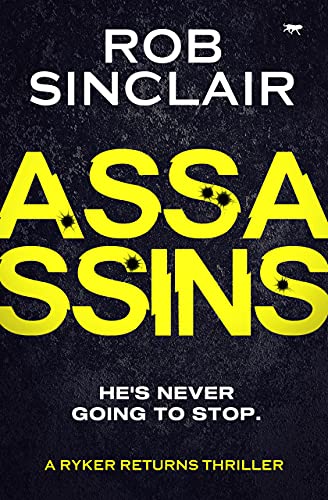 Stalking the streets of Prague, James Ryker is on the hunt for justice when he hears a news report of a murder in rural England. Big problem. He knows the victim. Ten years ago, in Qatar, Ryker led a team of assassins to kill him. He thought they had.

So how has a man Ryker thought dead for over a decade suddenly resurfaced?

Travelling across the globe, Ryker sets off on a quest to discover the truth from that fateful night in Qatar. When he realises that his old team members are now under threat from a ruthless female assassin, he knows his problems have only just started.

In a race against time, Ryker must work out who is behind the killings and evade the assassin before he becomes the next victim…

Start with book 1 in the series, Renegade out now on Amazon. 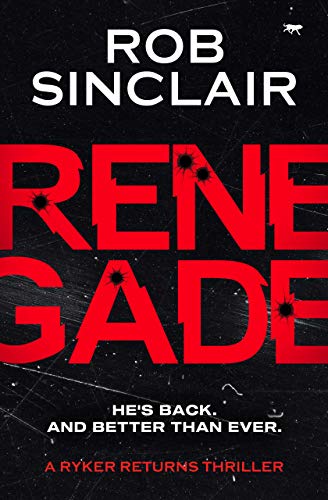 He's back and better than ever.

James Ryker, a veteran intelligence agent now freelancer, working for the secretive Joint Intelligence agency on an op-by-op basis, finds himself embroiled in a complicated mission that will test him to his limit.

When a simple surveillance mission goes awry and the key target is kidnapped in broad daylight in a busy London square, Ryker knows he has his work cut out.

Ryker is tasked with figuring out what went wrong. But when his good friend Sam Moreno disappears without a trace, the mission becomes more personal than he could have imagined.

Torn between toeing the government line, and finding the answers he needs, Ryker realises there’s only one way to find those responsible and to punish them... His way.

James Ryker Returns in Renegade.
Get Your Copy Now!