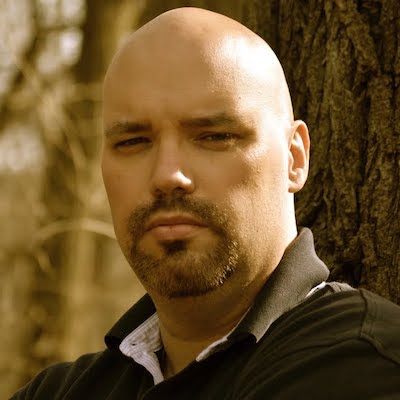 Terrence has also written three stand-alone novels for the successful Ralph Compton Series at Berkeley. THE KELLY TRAIL and RIDE THE HAMMER DOWN were published in 2020, with STAGECOACH TO HELL released in 2021.

Terrence is also the author of the acclaimed University Series, which includes: THE FAIRFAX INCIDENT, A CONSPIRACY OF RAVENS, A MURDER OF CROWS and SYMPATHY FOR THE DEVIL. He has also written two award-winning crime fiction novels set in 1930 New York City – PROHIBITION and SLOW BURN. His World War I novella – THE DEVIL DOGS OF BELLEAU WOOD – won the Silver Medal for Historical Fiction from the Military Writers Society of America. Proceeds from sales go directly to benefit the Semper Fi Fund.

McCauley: This book is the fourth in The University Series and is the culmination of characters we met in the first three novels. It’s not the last book by any means, but rather a story that sets up the characters for even more missions in additional works.

McCauley: The settings were dictated by events in previous books as well as arcs characters had taken. Place plays an important role in my novels and this one is no exception.

McCauley: Lately I’ve been on a bit of a history kick. I’ve been reading quite a bit about the Middle Ages. I find that era fascinating, though I doubt I’d ever set a novel in the era.

McCauley: My hope is to spin-off each of the characters into story arcs of their own with one University novel coming out each year. There are no shortage of stories left to be told.

McCauley: I’ve got a couple of westerns that I’m under contract to complete, which keeps me busy!

Get Terrence's latest release, The Moscow Protocol, out now on Amazon. 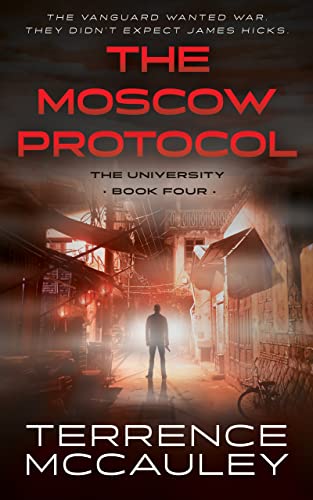 Men are driven by grief and duty. Only justice can complete the mission.

What do an ex-KGB agent, a North Korean Colonel, an arms dealer, a vice peddler and a renegade Chinese general have in common? Each of them has a target on their back.

After spending his life fighting his nation’s enemies all over the globe and grieving the death of a fellow agent and lover, James Hicks is on the road to recovery from extensive facial reconstructive surgery—which thwarts all known facial recognition scanners—when he finds one of the most wanted men in the world. This does not come without cost, as Hicks soon discovers. Interpol and the FBI want to question him, the CIA wants to capture him, and a mysterious network known as The Vanguard wants him dead.

Forced into hiding, Hicks is determined to team up with The University and devise a bold and deadly plan, which aims to lure The Vanguard into a trap that will end its threat to democracy once and for all.

In an epically mad chase spanning the mean streets of Manhattan, the dangerous jungles of Vietnam, and the back alleys of Bangkok, Hicks and his international team must work together to pull down The Vanguard in a final blow that may change the course of history forever. But will the addicting taste of revenge and the ever-interfering American Intelligence community stand in the way of them completing their mission?

Previous Post The Winners of the 2021 Thrillerfix Book Awards Next Post Talking Thrillers with Author Brian Freeman: The Ursulina