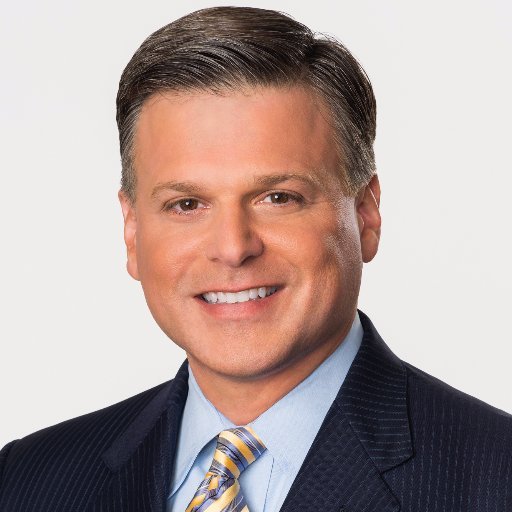 Tom Abrahams is an Emmy and Edward R. Murrow award winning television journalist and member of both International Thriller Writers and Science Fiction and Fantasy Writers of America.

He is also a Kindle Unlimited All-Star, an Audible 5 Star Favorite, and author of more than two dozen novels. He writes in several genres including dystopian, sci-fi techno-thriller, post-apocalyptic, and political thrillers.

His stories combine the realistic with the fantastic and have sold copies all over the world. The dramatic rights for his "A Dark World" trilogy are optioned for television and film. He's married with two children and lives in Southeast Texas.

Abrahams: I am a television reporter and have covered politics, energy, and the economy for decades. This series of books connects all of those elements and adds conspiracies to the mix. I got the idea for book one when covering the suicide of a man who flew a plane into an IRS building. That doesn’t happen in the book, but it was the ingredient that got my mind working on a complex plot with a lot of twists and turns.

Abrahams: I’ve lived in Texas for more than 20 years and visited almost every corner of the state. It really is its own country. The characters here are rich. It didn’t take a lot for me to stretch them into fiction. The Lone Star State is known for oil and gas, but it is an emerging center for hi-tech scientific discovery and innovation. Mix in a little bit of Texas political flavor and this series is the perfect of blend of a sci-fi techno thriller. As the series expands, so do the places in which it takes place. I’ve traveled to virtually all of the locations referenced in the books, from West Texas, to South Dakota, to London, and even Chernobyl, Ukraine.

Abrahams: As I anxiously await the next book in Steven Konkoly’s Ryan Decker series, I am reading book 3 in Jack Carr’s series. It’s called Savage Son. His first book, Terminal List, is one of my all time favorites in the genre.

Abrahams: Allegiance Burned is available next month. Hidden Allegiance is out in April. Both novels are standalone adventures that build on Jackson Quick’s character and reveal his unwitting connection to the conspiracies that threaten his life and the balance of power across the globe.

Abrahams: I am in the editing phase of the final book of my Alt Apocalypse Sci-Fi series. It binds all five standalone books with a mind-bending conclusion which incorporates a multiverse into a series and explains the tenuous connections between a series of apocalyptic disasters.

Get Abrahams' latest release, Allegiance, out now on Amazon. 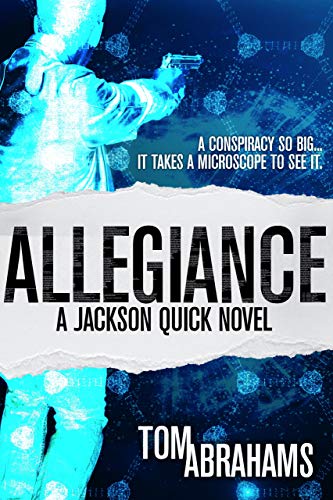 A conspiracy so big, it takes a microscope to see it.

Beer, redheads, and politics... Jackson Quick should have known better. First, he trusted a Texas politician. Then he fell for a leggy woman. Worst of all, he drank a beer that tasted funny.

Now, he's running for his life and trying to save the world.

When Quick is kidnapped and interrogated about the encrypted tech he’s been charged by his powerful boss to deliver, he has no idea it's connected to a missing research scientist on the verge of an earth-shaking breakthrough. Nor is he aware of its proximity to the attempted assassination of a political candidate.

In order to stop the unthinkable from becoming a reality, he'll have to piece the mystery together.

Allegiance is book one the trilogy of Jackson Quick Sci-Fi Adventures and introduces the unwitting hero with a secret past and a penchant for uncovering the truth. It's perfect for readers of Michael Crichton, Pierce Brown, and John Scalzi.