Rhett C Bruno is the USA Today and Washington Post Bestselling & Nebula Award Nominated Author of 'The Circuit Saga', 'Children of Titan Series', 'Buried Goddess Saga', 'Vicarious', 'The Roach', and 'The Luna Missile Crisis' (Audible Originals); among other works.He has been writing since before he can remember, scribbling down what he thought were epic stories when he was young to show to his friends and family. He is currently a full-time author and publisher living in Delaware with his wife, daughter, and dog Raven.Find out more here: http://rhettbruno.com/ 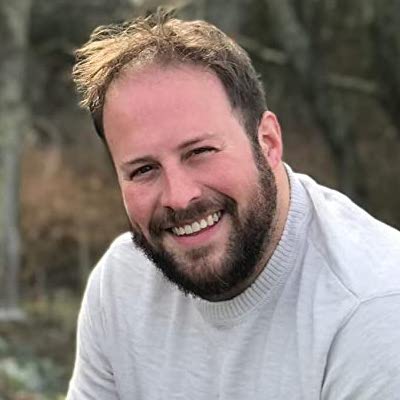 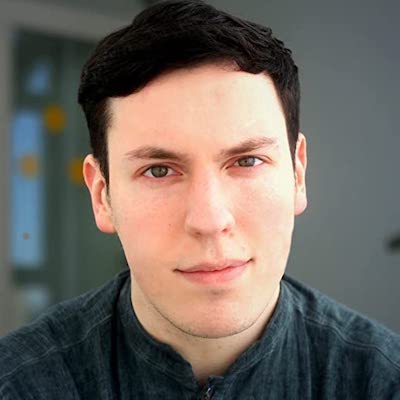 James Wolanyk is a writer and editor from the Boston area. He holds a B.A. in Creative Writing from the University of Massachusetts, and has authored the Scribe Cycle and Interstellar Gunrunner series, as well as Grid and several pieces of short fiction.After university, he pursued educational work in the Czech Republic, Taiwan, and Latvia. Outside of writing, he is an avid meditator, film enthusiast, and nootropics nerd. He currently resides in New England with his wonderful wife.Visit him online at www.jameswolanyk.com

Bruno: Operation Brushfire is an alternate history sci-fi thriller that follows an Internal Affairs agent of a New World Order-style government—in this case, a world government formed from the ashes of the Western world and the Soviet Union. This agent, Henry Stasik, is confronted by a brutal truth about how and why this world government came to be created, and it shakes his beliefs in how “utopian” the entire system is. To get to the bottom of the issue, Stasik sets out on a cat-and-mouse hunt across Europe, and in the process fights to unearth revelations about mass control, political assassination, and high-tech cultural suppression.

We wanted to create something that was simultaneously timeless and contemporary. It draws from the dystopian roots of 1984, for example, but also toys with the technological and social changes that our world is currently undergoing, such as the current struggles with misinformation, extremism, and the role of “truth” in all aspects of our lives. It is far from a political soapbox; in fact, we hope that it will spark important questions for readers of any background. The dilemmas and issues within the story are universal.

Bruno: James lived and worked as a teacher in Latvia and the Czech Republic for about five years total, and while there, he really got to know the mindset, history, and struggles of the people in those regions. There was an unsteady sense of normalcy that took root after the Cold War ended, but those Soviet fears of totalitarianism and cultural repression have never really disappeared in their entirety.

So, in a sense, that informed the foundational idea for the story—what if the Soviet Union had never really vanished, but instead merged with the Western powers? What sort of world are we willing to create in the name of unity and peace? In that way, the setting is more or less an imaginary extension of the way James interpreted the post-Soviet landscape of Europe.

Bruno: We’re both fairly involved in the editing and publishing domains, respectively, so we tend to read whatever new drafts are on our desk at any particular time. There’s sadly not a huge amount of time for “fun reading.” That being said, we tend to have one or two books we’re reading on the side.

TFx: Which author(s) inspired the book?

Bruno: Both of us tend to be really into literary-flavor genre books. For example, William Gibson, Ursula K. LeGuin, Phillip Dick. They’ve all got very strong voices and a unique way of capturing the worlds they create. Gibson and Frank Herbert, in particular, influenced us heavily in terms of how I look at prose and character presentation. As well as studying the golden age masters.

Wolanyk: I recently put out the series Interstellar Gunrunner, and I’m looking to expand that universe across various genres. The next project is looking like a GameLit/LitRPG that involves simulated universes, hitmen, and an AI in the form of an octopus.

Bruno: I’m currently wrapping up the first book of a Weird Western series called Cold as Hell, about a demon-hunting outlaw.

Get Bruno and Wolanyk's latest release, Operation Brushfire out now on Amazon. 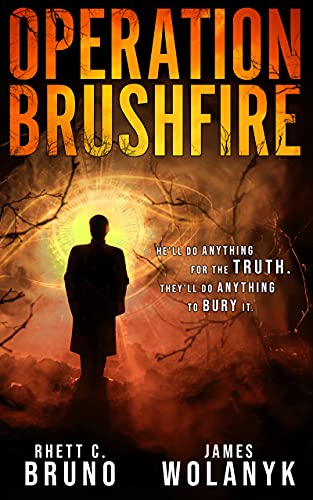 Henry Stasik, an Internal Affairs agent for the globe-spanning Coalition, is no stranger to crooked agents or scandals. He's a truth junkie. An addict.

But when international celebrity Anastasia Danicheva specifically demands his presence at a police station, everything changes. The Coalition, which has brought peace through uniting the world under a single banner, wants her dead. But their case against her doesn't add up.

Stasik can’t help but need to know why.

Hours after taking her under his department's protection, a cybernetically enhanced hitman nips at Stasik's heels. Witnesses disappear or turn up in pools of blood. And lurking above it all, guarded by a genocidal AI construct, is a secret that threatens to dismantle a perfect world—and Stasik himself.

Previous Post Back to School Thrillers to add to your (e)Bookshelf Next Post Talking Thrillers with Author Eric Rickstad: I Am Not Who You Think I Am