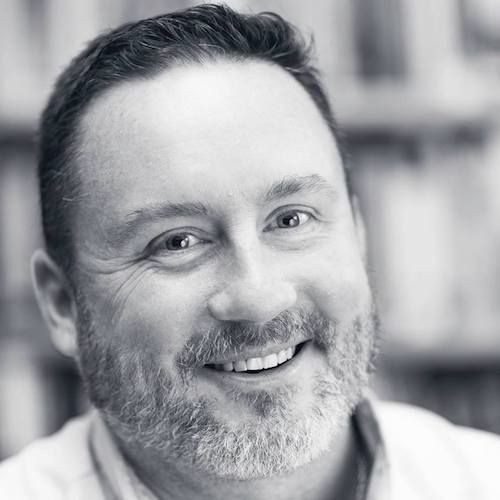 Author biography: Brian Shea has spent most of his adult life in service to his country and local community. He honorably served as an officer in the U.S. Navy. In his civilian life, he reached the rank of Detective and accrued eleven years of law enforcement experience between Texas and Connecticut. Somewhere in the mix he spent five years as a fifth-grade school teacher. Brian's myriad of life experience is woven into the tapestry of each character's design. He resides in New England and is blessed with an amazing wife and three beautiful daughters.

TFx: Where did you come up with the idea for Murder Board, and what can you tell us about the plot?

Brian: Dorchester seemed the perfect spot to spin my tale and I make it home to my main protagonist, Detective Michael Kelly of Boston’s Homicide Unit. He’s tough, a Golden Gloves champion who grew up on the streets of Dorchester. This story gives me a chance to showcase the closeness of that community and the grittiness of its streets. I pull from my own knowledge and experience as a former detective to provide a deep level of authenticity to investigative aspect of my writing.

A body of an out of town girl is found in a shallow grave. Her death is a tragedy and highlights some of today’s most current headlines. But the circumstances surrounding it opens Kelly to the multitude of disturbing factors leading to her murder. The case is filled with twists and turns designed to keep the reader guessing until the end.

TFx: How did you choose Boston as the setting?

Brian: My father was born and raised in Dorchester, a neighborhood of Boston, and so growing up he would always tell stories of his childhood. There is something uniquely special to that community as well as others within the city. Although, I wasn’t raised in the Boston (we moved quite a bit in my childhood with a two-year block in Saudi Arabia) I felt a connectedness to it. Because of that, I decided to attend Northeastern University, located in the heart of Boston.

The five years of city living were amazing. I lived in an apartment close enough to hear the games at Fenway Park. I was an avid runner during those years and saw much of the city while running its streets. I had no car during my time in Boston and I think because of that you really get a taste for a city by using the T, buses, or just hoofing it on foot.

Although, I’ve lived in seven states since leaving, I still consider Boston my home.

Brian: I constantly juggle multiple books. My father was an avid reader and passed on his love of books to me. I’ve got a pretty eclectic list of books. I’m currently reading T.R Ragan’s Her Last Day. It’s great and hooked me right away. I look for that in books. I seek authors who can grab and off the bat. I try to emulate that in my own works.

I recently read Dead End Girl by L.T. Vargus and Tim McBain. I was supposed to be working on the revision for Murder Board and picked up the book. Fantastic stuff. Needless to say I was hooked and put aside my own work for a bit. It’s great when you come across new authors.

Orphan X, by Gregg Hurwitz is another thriller that keep me up reading later than I should. Great character and really fun premise.

Brian: I’ve already begun working on book two in the series. A sneak peek: It starts off with Kelly called in to investigate a convenience store robbery gone bad. This book is filled with some amazing twists (in my humble opinion). Kelly’s connection to the old neighborhood and the Irish mob come into play. During the initial design of the series, I layered in multiple subplots to drive this book series for a long time to come. I created Michael Kelly with a clear vision of his future and I hope readers enjoy the ride.

Get Brian's latest release, ​Murder Board​, out now on Amazon.​​

A Boston homicide detective sets out to find a killer—and
discovers something far more sinister.

Justice is never black and white.

And Detective Michael Kelly is about to find out the hard way.

When the body of a young girl is found in Boston's Dorchester neighborhood, Kelly goes on the hunt.

But his investigation will uncover a far wider conspiracy—and more lives at stake.

Teaming up with the Sexual Assault Unit, Kelly turns to his old connections on the streets of Boston.  But policing and politics come into conflict, and the search for answers starts to uncover inconceivable truths.

As the lines between right and wrong begin to blur, Kelly will find true justice in the gray space between...or die trying.