The Rescue by Steven Konkoly

Ryan Decker is ex-Special Forces and runs the World Recovery Group – a private group that specializes in hostage recovery situations. Ryan and his team are hired to find and save Meghan Steele, the daughter of a United States Senator who was kidnapped by a Russian human-trafficking gang. The rescue goes horribly wrong and lands Decker in jail.

The story picks up two years later as Decker is unexpectedly freed from jail and ends up targeted by the Russians, but is eventually saved by a mystery team led by Harlow Mackenzie who operate similarly to Decker’s World Recovery Group. The story picks up the pieces of the puzzle and weaves the reader through various scenarios that involve specialized weapons and intelligence technology that is heavily sprinkled in the L.A.-based setting.

While the technology is fascinating, the author thankfully does not let it detract from the story that fleshes out Decker’s motivation to solve the mystery that started with the hostage rescue failure two years before. While the characterizations are a bit light, especially around the supporting characters, the story itself is enough to draw the reader forward.

The second act is a bit muddled as Decker finds his feet, so to speak, and starts taking initiative to control his destiny. A couple of his old colleagues resurface with a bit of drama as themes of betrayal and trust are explored, and resolved – though a bit ambiguously – as it would be in the real world.

The real story behind the kidnapping and failed rescue are teased out and the narrative speeds up into the third act, with the action designed to invoke movie-like scenes in the mind of the reader.

This is a good book for a weekend read when one can devote a few hours to read it through; once the momentum of the story starts, it’s very hard to put the book down. Recommended.

The Rescue is a Washington Post bestseller, and spent over 23 days in March, 2019 as the #1 book across all genres on Amazon. 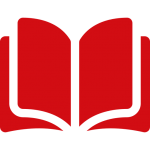 If you want to be the first to hear about all of Steven Konkoly's upcoming releases, plus more action thrillers from top writers in the genre, why not join the Thrillerfix community? It's free to sign up and you'll start getting recommendations for new releases and discounted ebooks from our expert editorial team, from bestsellers to hidden gems.