The Winners of the 2019 Thrillerfix Book Awards

Over the past few weeks the competition for Thrillerfix Book of the Year has gotten intense! Without thousands of readers from around the world weighing in on their favorite reads of the past year, it was incredible to see the community come together to debate what we love most: thriller books.

And today we're excited to announce the WINNERS in all 7 categories voted on, including the prestigious, overall Thrillerfix Book of the Year award.

Back when Harry Bosch was just a rookie homicide detective, he had an inspiring mentor who taught him to take the work personally and light the fire of relentlessness for every case. Now that mentor, John Jack Thompson, is dead, and his widow gives Bosch a murder book, one that Thompson took with him when he left the LAPD twenty years before -- the unsolved killing of a troubled young man.

Bosch takes the murder book to Detective Renée Ballard and asks her to help him discover what about this crime lit Thompson's fire all those years ago. As she begins her inqueries -- while still working her own cases on the midnight shift -- Ballad finds aspects of the initial investigation that just don't add up.

The bond between Bosch and Ballard tightens as they become a formidable investigation team. And they soon arrive at a disturbing question: Did Thompson steal the murder book to work the case in retirement, or to make sure it never got solved? 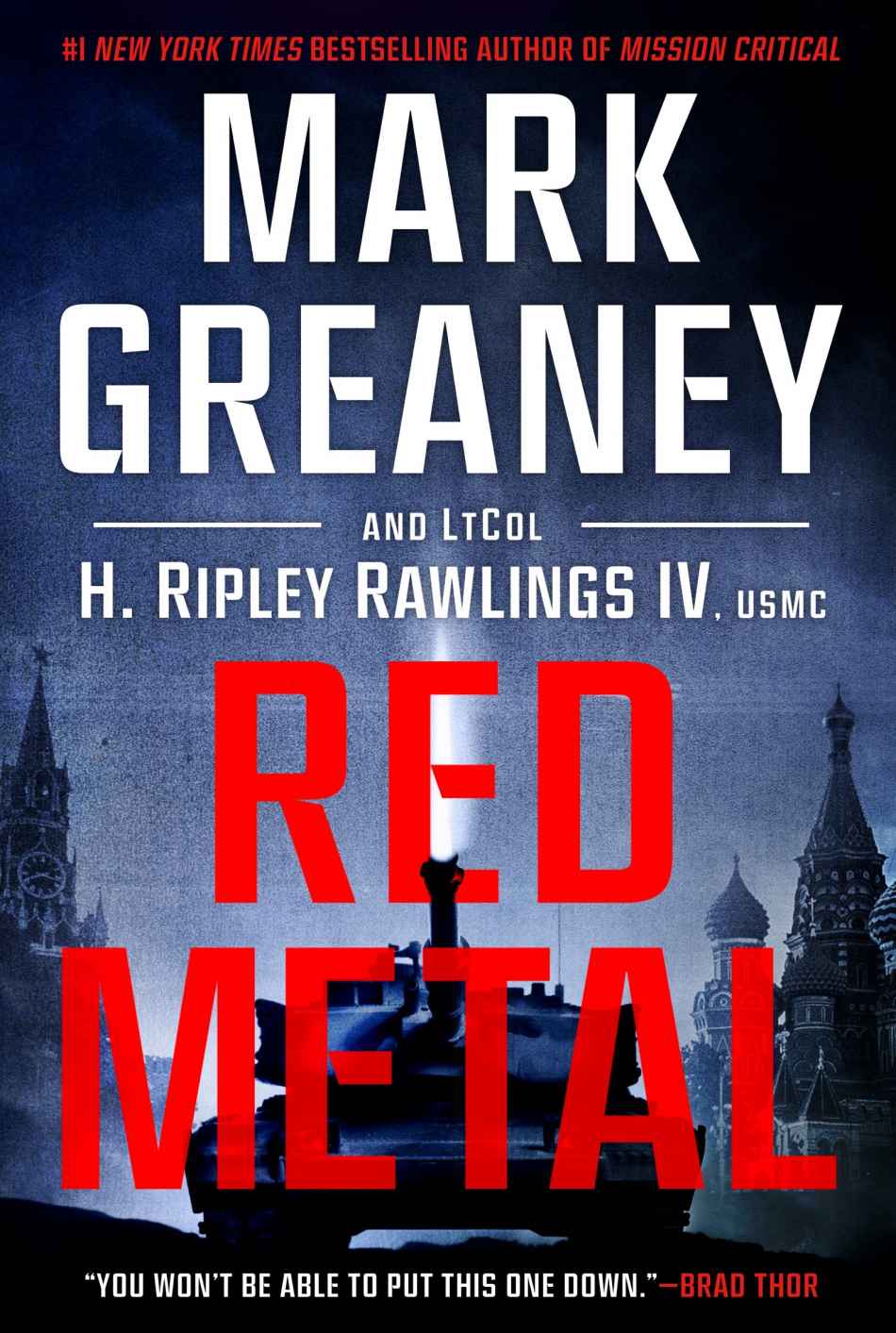 A desperate Kremlin takes advantage of a military crisis in Asia to simultaneously strike into Western Europe and invade east Africa in a bid to occupy three Rare Earth mineral mines that will give Russia unprecedented control for generations over the world's hi-tech sector.

Pitted against the Russians are a Marine lieutenant colonel pulled out of a cushy job at the Pentagon and thrown into the fray in Africa, a French Special Forces captain and his intelligence operative father, a young Polish female partisan fighter, an A-10 Warthog pilot, and the commander of an American tank platoon who, along with his German counterpart, fight from behind enemy lines in Germany all the way into Russia.

From a daring MiG attack on American satellites, through land and air battles in all theaters, naval battles in the Arabian sea, and small unit fighting down to the hand-to-hand level in the jungle, Russia's forces battle to either take the mines or detonate a nuclear device to prevent the West from exploiting them. 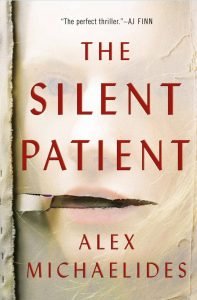 The Silent Patient is a shocking psychological thriller of a woman’s act of violence against her husband—and of the therapist obsessed with uncovering her motive.

Alicia Berenson’s life is seemingly perfect. A famous painter married to an in-demand fashion photographer, she lives in a grand house with big windows overlooking a park in one of London’s most desirable areas. One evening her husband Gabriel returns home late from a fashion shoot, and Alicia shoots him five times in the face, and then never speaks another word.

Alicia’s refusal to talk, or give any kind of explanation, turns a domestic tragedy into something far grander, a mystery that captures the public imagination and casts Alicia into notoriety. The price of her art skyrockets, and she, the silent patient, is hidden away from the tabloids and spotlight at the Grove, a secure forensic unit in North London.

Theo Faber is a criminal psychotherapist who has waited a long time for the opportunity to work with Alicia. His determination to get her to talk and unravel the mystery of why she shot her husband takes him down a twisting path into his own motivations—a search for the truth that threatens to consume him....

If you want to be the first to hear about all the next Thrillerfix Book Awards ​​​​, why not join the Thrillerfix community? It's free to sign up and you'll start getting recommendations for new releases and discounted ebooks from our expert editorial team, from bestsellers to hidden gems.

When Isabelle Coleman, a blonde, beautiful young girl goes missing, everyone from the small town of Denton joins the search. They can find no trace of the town’s darling, but Detective Josie Quinn finds another girl they didn’t even know was missing.

Mute and unresponsive, it’s clear this mysterious girl has been damaged beyond repair. All Josie can get from her is the name of a third girl and a flash of a neon tongue piercing that matches Isabelle’s.

The race is on to find Isabelle alive, and Josie fears there may be other girls in terrible danger. When the trail leads her to a cold case labelled a hoax by authorities, Josie begins to wonder is there anyone left she can trust?

Someone in this close-knit town is committing unspeakable crimes. Can Josie catch the killer before another victim loses their life?

The ties that bind can burn you.

Former sheriff’s investigator Cassie Dewell is trying to start her life over as in private practice. She’s her own boss and answers to no one, and that’s just the way she likes it after the past few tumultuous years. All that certainty changes when an old friend calls in a favor: she wants Cassie to help exonerate a man accused of assaulting a young woman from an influential family.

Against her own better judgment, Cassie agrees. But out by the Bitterroot Mountains of Montana, twisted family loyalty runs as deep as the ties to the land, and there's always something more to the story. The Kleinsassers have ruled this part of Montana for decades, and the Iron Cross Ranch is their stronghold. They want to see Blake Kleinsasser, the black sheep of the family, put away forever for the assault. As Cassie attempts to uncover the truth, she must fight against a family whose roots are tangled and deadly—as well as the ghosts of her own past that threaten to bring her down.

The Wall Street Journal bestselling series continues as Mercy Kilpatrick becomes embedded in the nightmare of a terrorist conspiracy.

The job: infiltrate a militia amassing illegal firearms in an isolated forest community. FBI agent Mercy Kilpatrick is the ideal candidate. She knows Oregon. She’s near the compound. And having been raised among survivalists, Mercy understands the mind-set of fanatics. Lay low, follow rules, do nothing to sound an alarm, and relinquish all contact with the outside world. She’s ready to blend in.

As Mercy disappears into the winter hills, something just as foreboding emerges. Mercy’s fiancé, Eagle’s Nest police chief Truman Daly, is faced with a puzzling series of murders—three men dumped in random locations after execution-style shootings.

In the middle of the night, in a house on a quiet street in suburban Minneapolis, intruders silently murder Luke Ellis’s parents and load him into a black SUV. The operation takes less than two minutes. Luke will wake up at The Institute, in a room that looks just like his own, except there’s no window. And outside his door are other doors, behind which are other kids with special talents—telekinesis and telepathy—who got to this place the same way Luke did: Kalisha, Nick, George, Iris, and ten-year-old Avery Dixon. They are all in Front Half. Others, Luke learns, graduated to Back Half, “like the roach motel,” Kalisha says. “You check in, but you don’t check out.”

In this most sinister of institutions, the director, Mrs. Sigsby, and her staff are ruthlessly dedicated to extracting from these children the force of their extranormal gifts. There are no scruples here. If you go along, you get tokens for the vending machines. If you don’t, punishment is brutal. As each new victim disappears to Back Half, Luke becomes more and more desperate to get out and get help. But no one has ever escaped from the Institute.

As psychically terrifying as Firestarter, and with the spectacular kid power of It, The Institute is Stephen King’s gut-wrenchingly dramatic story of good vs. evil in a world where the good guys don’t always win.